It’s no secret that New Mexico and the Chihuahuan Desert is beautiful. After all, they have some of the most iconic desert sunsets! There is so much to do and see, you will never be bored. New Mexico is home to Santa Fe, one of the oldest continuously occupied cities in the United States. Although New Mexico didn’t become a state until 1912, they have hundred’s of years of history. From the Taos Pueblos, to Santa Fe, Chimayó, Abo Pueblo Ruins, Carlsbad Caverns, Rio Arriba, Zuni Pueblos, White Sands National Park, Mesilla, Jemez Springs, and so many more! Yes, we will go into more detail, don’t worry!

Keep in mind that although New Mexico isn’t necessarily  a small state, they only have 1 major airport- Albuquerque International Airport. However, you can also fly into El Paso, Texas and drive to Las Cruces, New Mexico (45 min. drive), to start your adventures.

As I’m sure you already know, Southern New Mexico is known for their Green Chile. In particular, Hatch Green Chile. New Mexican’s live for their Red and Green Chile. If you love Mexican food, you probably do too! September is Chile roasting season; the Chile is hand-picked and then roasted (the smell of roasted Green Chile is the best!). In October, Albuquerque holds the Albuquerque International Hot Air Balloon Fiesta; it’s beautiful and so much fun!

Click here to see a time lapse video that National Geographic did for the 2016 Albuquerque Balloon Fiesta!

White Sands National Park is always worth the visit. Having grown up in Southern New Mexico, I can’t get enough of it! White Sands is known for their rare white gypsum sand dunes which spans 144 acres. It is the largest gypsum dune field in the world! If you visit during the summer, be sure to take plenty of water! The desert heat can become overbearing and there is limited shade at the Park and always wear sunscreen! Summer heat can reach temperatures of 111+ during the summer months, so be smart! That’s not to say you shouldn’t go. Because you can’t not go! If you can, plan to stay long enough to see the sunset, they are unbeatable! Not only should you go, but take your furry friend too! Dogs are welcome at the park as well!

Now that you have seen the sunsets at White Sands and had your Green Chile Fix in Las Cruces, your next stop is Carlsbad Caverns National Park! The caverns are decorated with a large number of calcite formations known as stalactites and stalagmites which are hidden beneath the surface. There are currently over 119 known caves, all formed when sulfuric acid dissolved the surrounding limestone leaving behind caverns of all sizes. There are multiple tours that you can do through the caves (guided and unguided) at different times of the day. Some are more treacherous than others, but the outcome is worth it! To get into the park, you will have to pay a fee- Adults are $10 and children get in for free.

From Carlsbad Caverns, make your way to Roswell and explore the Alien Museums. Roswell is known for their UFO incident in 1947, take a look for yourself and take the kids!

Next I would suggest going to Santa Rosa, located in the mid/eastern part of New Mexico. Santa Rosa is known for the Blue Hole. The Blue Hole is a bell-shaped natural pool just outside of Santa Rosa. Surprisingly, it is also one of the most popular scuba diving training destinations in the United States at 80 ft. deep! Take your bathing suit and be sure to go for a swim with your furry friend to cool off from the desert heat!

After Santa Rosa, I would drive to Santa Fe. You are sure to find amazing turquoise jewelry and delicious food! The city of Santa Fe is the oldest state capital in the United States; it was colonized by the Spanish in 1610. I would recommend staying a few days at the Four Seasons Resort Rancho Encantado Santa Fe- which happens to be pet friendly!

As Preferred partners of the Four Seasons, we can offer you some great rates and amazing amenities! Taos Pueblo is a quick drive from Santa Fe, I would recommend planning to spend 1 full day there to explore the Native American Pueblos! From Santa Fe, you can drive to Albuquerque were you can fly home. It is a quick 45 min. drive of beautiful desert scenery! 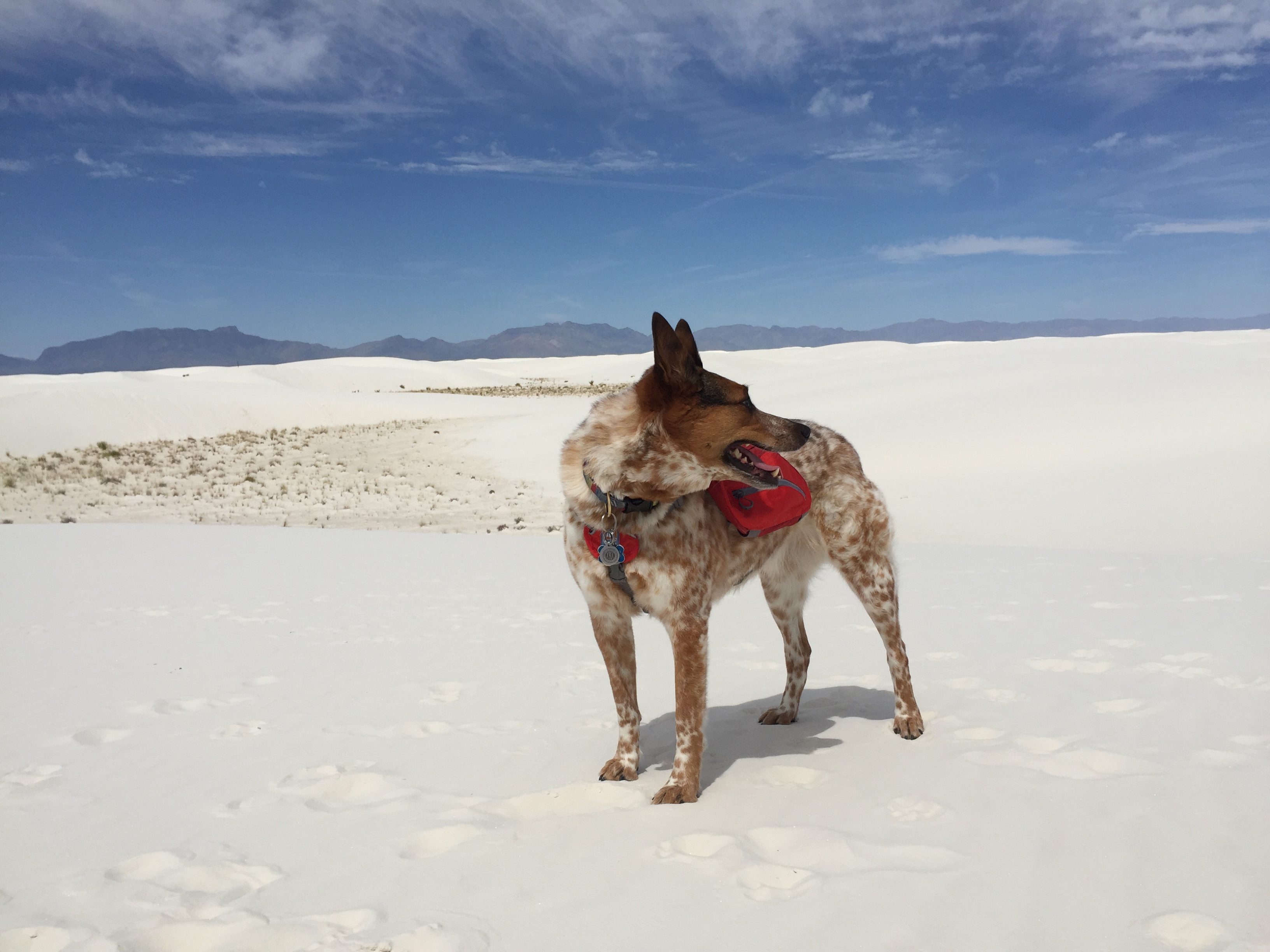 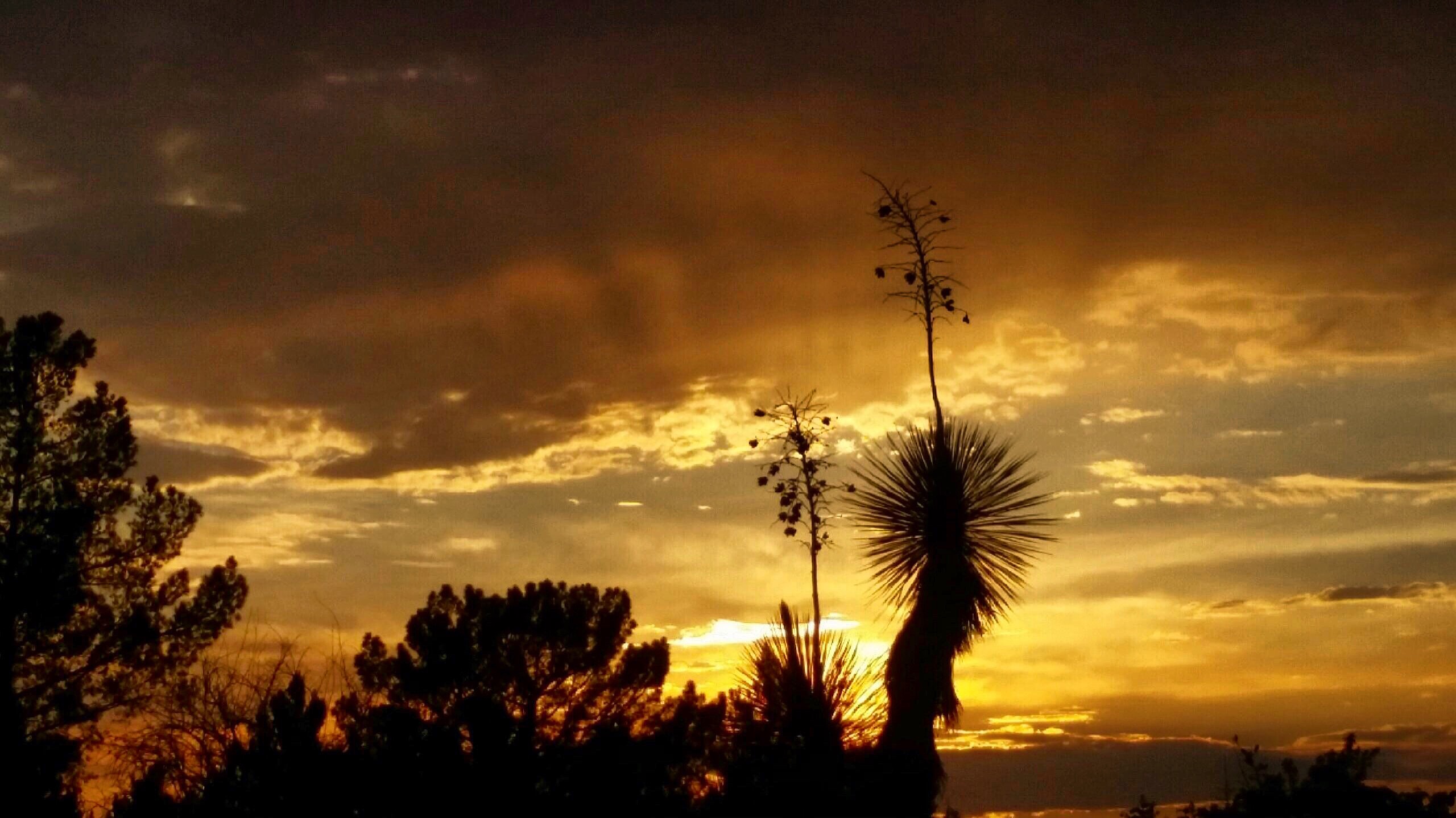 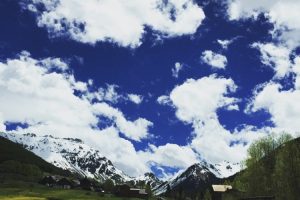 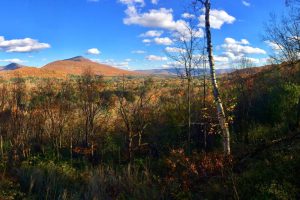 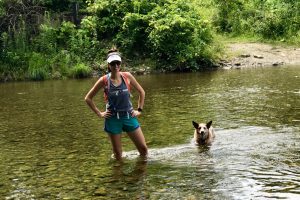